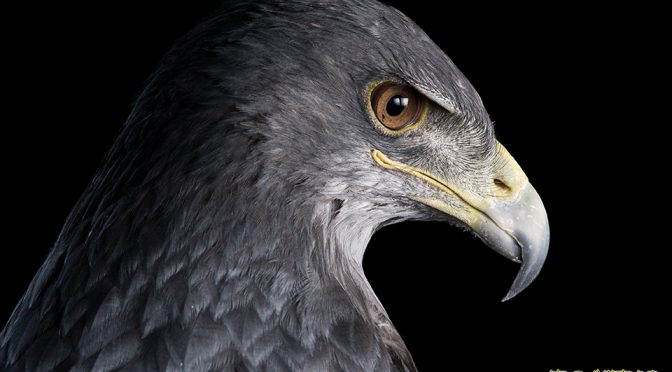 A couple of weeks ago, I had the pleasure of spending four and a bit days at the International Centre for Birds of Prey at Duncombe Park in Helmsley, Yorkshire.

I go to a number of game fairs and falconry fairs throughout each year, sometimes for work and sometimes for personal pleasure, but this one was a little something extra.  As well as being ICBP Duncombe’s first Raptor Fair, which looks set to become a great annual event, I was to photograph some of their display birds.

Of course, I photographed the birds during the displays themselves, as I often do at such events, darting about the arena and hopping from post to post, but I wanted to give them something a bit special.

Don’t get me wrong, you can get some fantastic shots around the arena, but there’s no guarantee you’ll get the light you want, that the birds will stand or fly the way you want (you can’t really direct and ask for the birds to be stood or flown in certain places or directions when there’s a big crowd of people watching), so it can be very hit and miss, and when everybody’s shooting at the same bird from the same spot, then everybody ends up getting very similar images.

So, here’s the one and only arena-side bird shot I’ll be posting, of an adorable little burrowing owl.  He was quite the character, and very endearing, so deserves a spot in this post. 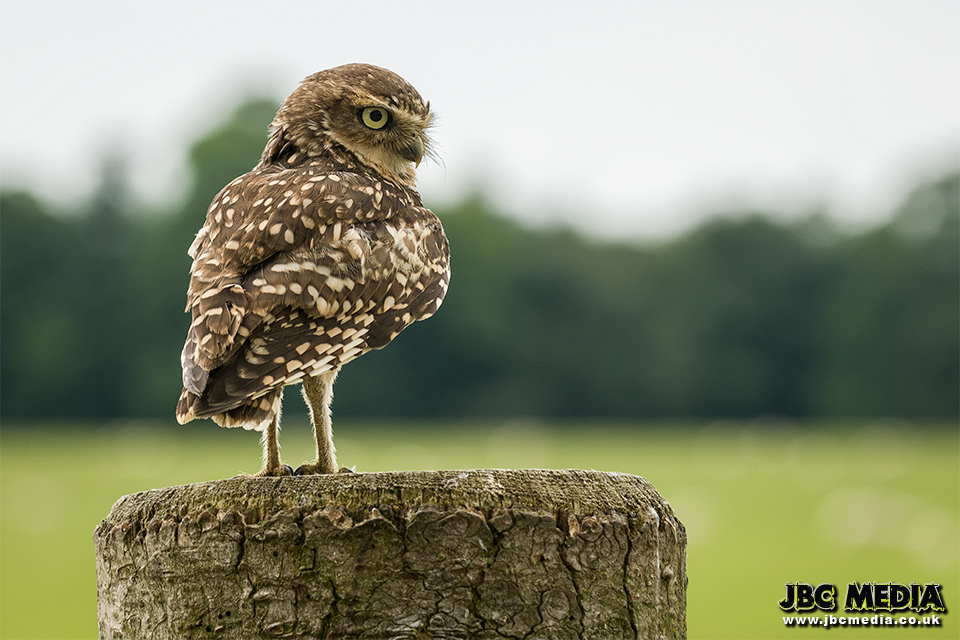 Any of you who have been following my animal photography will know I shoot a lot on a black set, so this could be called “more of the same”, although the lighting is a little different from the setups I usually use.

There are so many curves and subtle changes on the surface with birds, that just lighting them the way we may for people or many other animals means that you can often end up with photographs that look very flat, and don’t really give any sense of volume or substance to the subject.

At this point, I would like to extend a big thank you to Anabelle at the ICBP, who provided invaluable assistance during the session, and also to Del at Masters of the Mews for the loan of the perch used in all of the photographs. 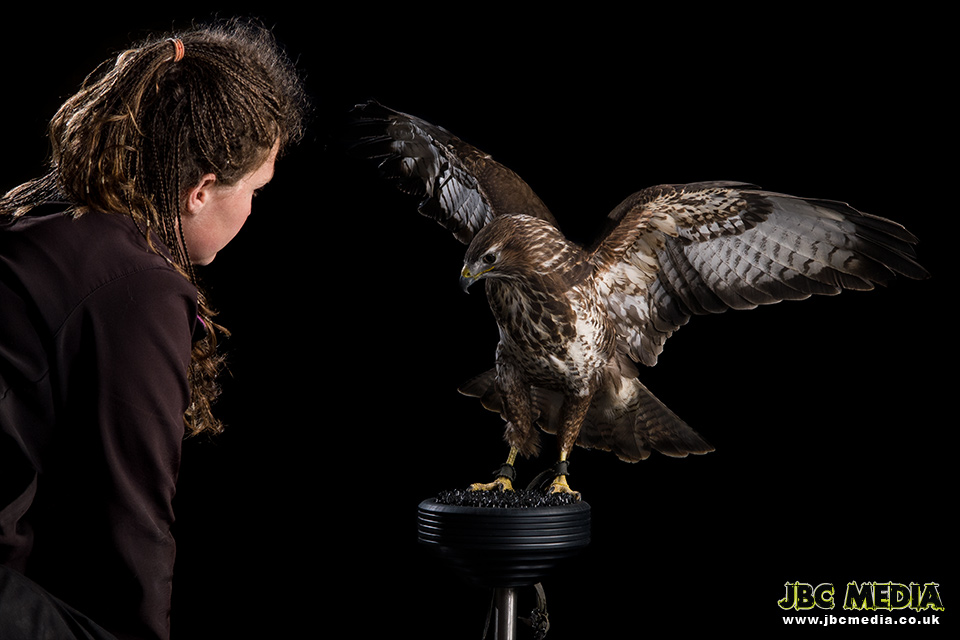 While these birds are photographed virtually every day and are used to the sight of cameras with big lenses, and the occasional pop of flash, they don’t generally spend much time on a studio set with backdrops, light stands, softboxes and flashing lights.

Sometimes this means that birds, like other animals, can take a little while to settle, to get used to the unfamiliar surroundings and flashing lights.  Some birds take longer to settle than others – like Bushviper, this Yellow Billed Kite. 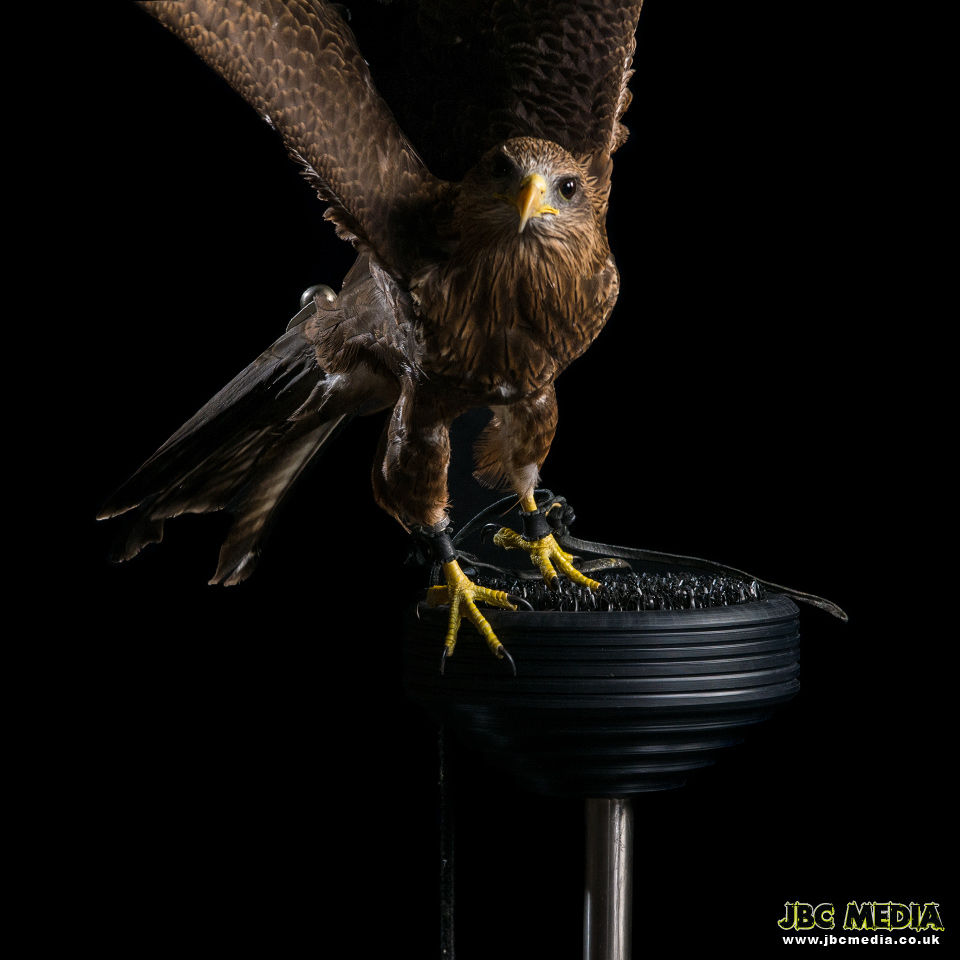 While others, like Willow, a 14 year old Peregrine/Saker hybrid, get right into it within a couple of minutes. 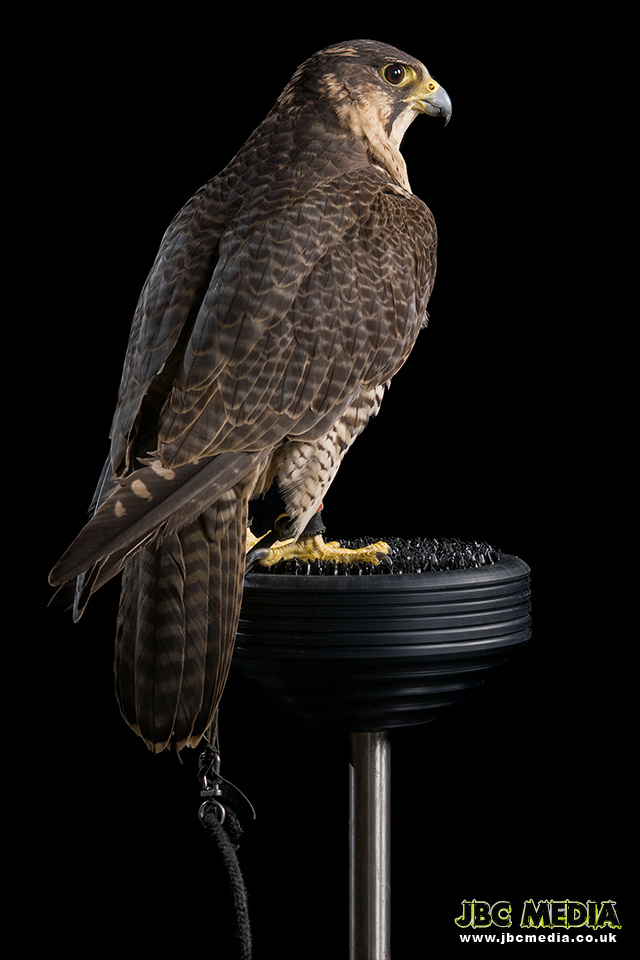 But even Bushviper settled down eventually. 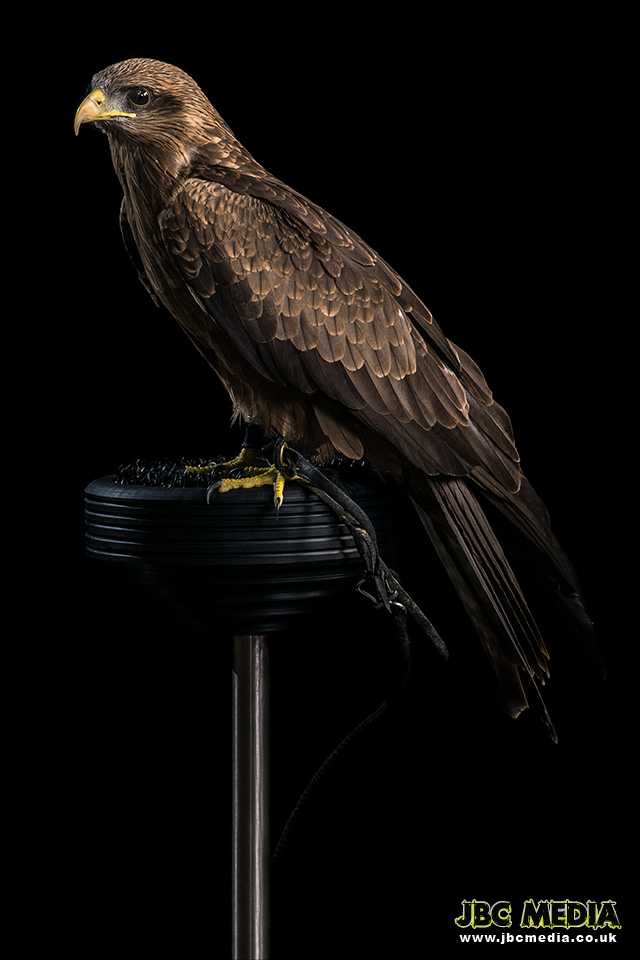 All in all, they were quite a well behaved and very photogenic bunch, so here’s a selection. All of the Posh Buzzards were busy shopping and sipping mai tais, so here’s a Common Buzzard. 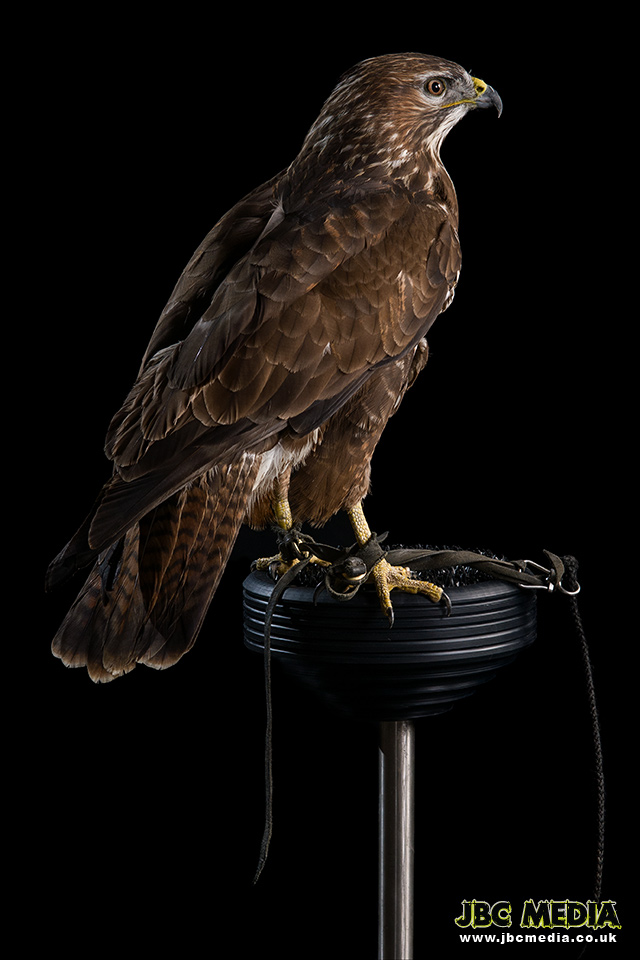 I hate to play favourites, but oh boy!  This Chilean Blue Buzzard Eagle (which isn’t actually an eagle, just a real big buzzard) was particularly cool to and an absolute beauty to photograph. 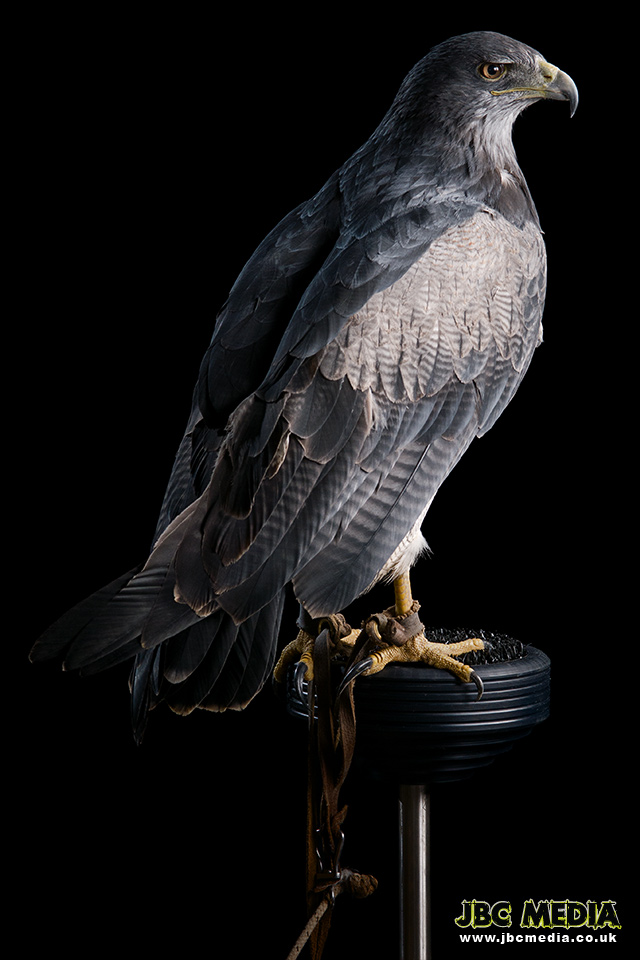 And, of course, I promised a pooch.  This is Cassine, the ICBP’s only four legged resident. 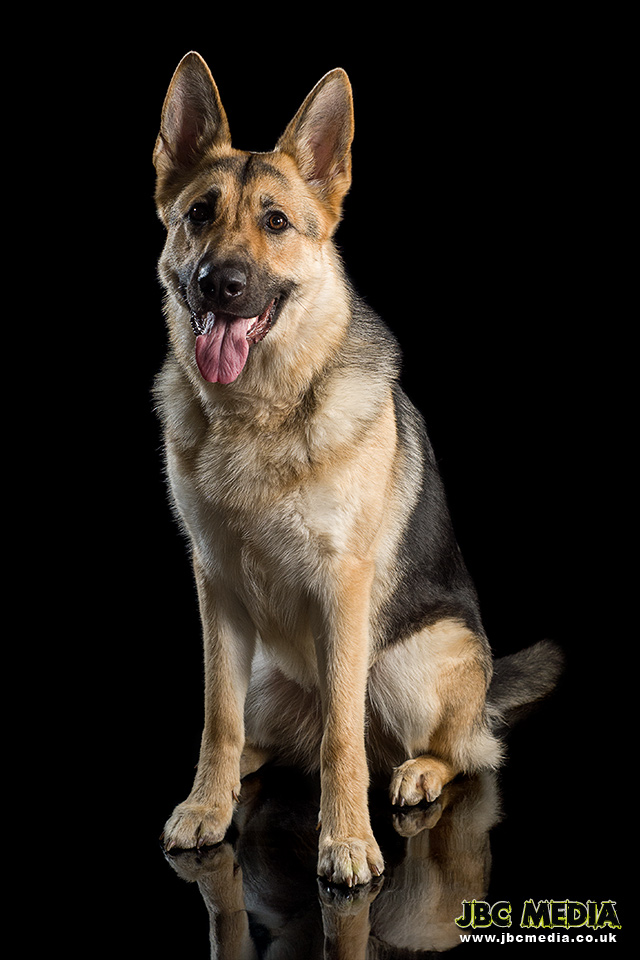 I’ve said it before, and I’ll say it again.  Animals are such great fun to work with, no matter what species they may be.  You always get something, if you’re just patient and wait for them to be ready to give it to you.

“Do you photograph babies?”