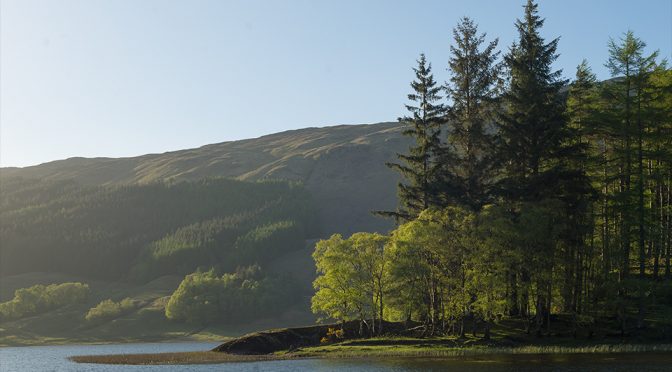 I don’t really have much of a photography bucket list. There are, of course, a few places I’d love to go and photograph in person. But if I don’t ever actually make it to all of those places, then it’s really not a big deal.

One of the places on my list that I absolutely had to visit, though, was Glencoe. Finally, during my trip to Scotland, I got to make it happen.

The day started out as they often do. Wake up and chug far too much coffee. After that began the journey from Glasgow to Stirling. I don’t deal well with public transport at the best of times, and not being familiar with the area, I was a little nervous.

Why Stirling? Well, that’s where I was meeting up with my good friend, Lauren. Glencoe is Lauren’s regular stomping ground. She knows her way around it like the back of her hand. Mostly. So, who better to have guide me to the best spots?

This post continues my ten day adventure into Scotland. If you want to get caught up on the first couple of days, check this post.

Lauren didn’t really try to kill me, but neither of us were really prepared for how hard this day would end up being. Going up the Three Sisters (AKA Bidean nam Bian) is a bit of a challenge at the best of times. But in the heat we had that day, it broke both of us.

We didn’t make it all the way up to the top, and we stopped a couple of times for a rest along the way. But I was very pleased with how far we got. And the view from up there was just amazing.

We even saw a plane fly through the gap between the mountains below us at one point! Yes, that does appear to be a big-ass Lockheed C-130 Hercules flying underneath us.

Unfortunately, the only lens I had with me at the time was a Nikon 50mm f/1.4D on the D800, and this is still cropped quite a bit. It kind of caught us off-guard. We didn’t even hear it until it was rather close. Fortunately my camera’s settings were already well set, so I just brought it up and grabbed a few shots as it whizzed past.

Well, that’s not exactly true, I had my D5300 with the 18-55mm VR2 as well, but that was in the bag. No way I’d have had time to swap out and get the settings right. And it wasn’t even worth trying for the little extra benefit that slightly longer reach might offer.

Once we’d gone as high as we were going, we sat down to figure out a plan for the rest of the day. Well, I say plan. More a sort of loose collection of “maybes” and “we’ll sees”. But in short, we started to head back home with the intention of stopping at as many interesting looking places along the way as we could.

Our first stop was at a place called Loch Bà on Rannoch Moor. When we arrived, we saw a small group of people camping and fishing. Then we went to explore for a few minutes.

It was only a few minutes because we heard a rather large group of people suddenly from out of nowhere. As we made our way back to where we’d parked, we realised where they came from. A great big tour bus.

Lauren was driving, which gave me the opportunity to keep a look out for interesting places on the way.

The next stop on our ride home was Loch Lubhair. I could see the backlit trees from the road. Lauren could sense my excitement and pulled over the first chance she got. This place was just stunning.

We stayed here for quite a while, watching how the landscape changed as the sun moved through the sky. It was the backlit trees that drew my attention, but Lauren saw something special in the reeds around the end of the Loch.

As for me, I was just waiting for the sun to move over just a little bit more. So, I harassed Lauren with the camera for a little while.

But once the sun did move over, it looked amazing.

It was on the bank of Loch Lubhair that we sat down to have a chat in front of the camera. You can see our conversation in the vlog at the top of this post, if you didn’t watch it already.

At the end of our conversation, we’d decided to have a beer and go somewhere to watch the sunset. So we made our way back to the car.

But, then we realised, Lauren’s driving. And it really wouldn’t be fair to make her sit and watch me have a beer as the sun went down. So, we skipped the beer, to stop at Loch Lubnaig.

The only word to describe how it looked was epic. Photos just really don’t do it justice, at all.

The sunset marked the end of our day together, aside from the rest of the drive back to Stirling train station. But this isn’t the last we’ll see of Loch Lubnaig during this trip. Don’t worry.

Lauren, thank you so much for such a great day. I can’t wait to come back up to visit Scotland once more so we can do it all over again.

For the rest of you, you should definitely go check out Lauren’s work on Instagram!