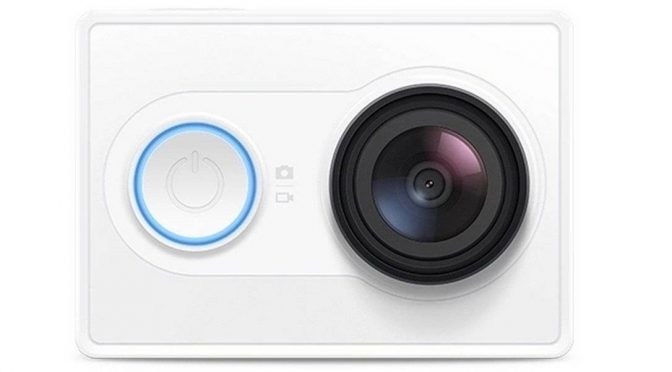 I’ve been toying with the idea of an action camera for a while.  I wouldn’t really use one often enough to justify the cost of a GoPro, though, so it was never really an urgent need but always in the back of my mind.

Call me a big kid if you want, but I’m excited.

Anyway, after chatting with my good friend and boss, Udi, we ended up deciding that the Yi Technology Yi HD was worth a punt.

From the reviews we read and footage we saw on YouTube, It seemed to be at least as good as a GoPro Hero3+ Silver, but at a cost of only £55 (for comparison, the Hero3+ Silver currently sits around £240).

It shoots 1080p at up to 60fps (although there does seem to be a resolution hack for it giving you up to 2.5K), there’s no built in LCD, but there is built in WiFi that lets you use your iOS device or Android phone as a remote liveview to see your camera’s view, as well as to start and stop recording or shoot stills.

I’ve only done limited playing with it since it arrived, but so far it seems pretty good, especially for the price.  It’s definitely made a positive first impression.

The app’s quite nice.  Basic, but functional.  It’s like a cross between what you’d expect out of a wireless camera controller and Instagram, as there is some kind of community to which you can share your Yi clips and shots if you want to, but I haven’t explored that side of it much.

I have both an iPhone SE and a MotoG (1st Gen) Android phone, so I installed the app on both.  Surprisingly, the app actually runs faster and cleaner on the older slower Android phone than it does on the latest and greatest iPhone.  The iPhone’s still bearable, though.

One of the cool things about this camera, as alluded to above, is that it seems to be quite hackable, and there’s a lot that can be done to it, thanks to efforts of the active community over on Dashcam Talk.

That’s mostly why I’m making this post.  I’ve come across a lot of cool info on overriding settings and customising the setup, and I wanted to get a list of all the useful looking links together in a single handy place so I could check them out when I had a bit more time to.

Just so you’re warned, I only took a brief cursory glance at most of these, so some may be awesome or they may suck, I just don’t know yet.  Like I said, I need more time to sift through them properly.

That’s pretty much it for now, really.

My test footage isn’t amazing, so you’re not seeing it, but I didn’t really plan on it looking that interesting anyway.  Over the next few days, I’ll try to get out and shoot something properly and see how well it handles.

Once I’ve given the camera a bit more of a workout and had a go with the the scripts and hacks, I’ll get a post on DIYP with some more useful information.

Do any of you guys have the Yi HD? Any cool tricks or resources you want to share? Any issues I should watch out for? Shoot me a message or let me know in the comments below.