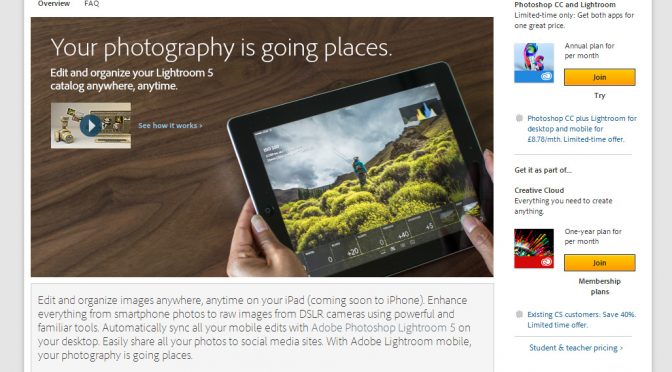 I’ve had a few people asking me about this, so here’s the short version.

I won’t be getting it.  Not interested in the least.  It doesn’t do anything I’d need an iPad version of Lightroom to do, and it does a whole bunch of things I don’t need.

The fact that there isn’t an Android version, too, I think is a bit short sighted.

They say they’re working on it, but given how long it’s already taken for this to come to reality, have thought they’d have done a simultaneous release.

No presets, no WiFi shooting with the Eye-Fi (which is what I mostly use my iPad for in relation to photography), no tethered shooting with a DSLR and the Apple Camera Connection Kit (if you can, I’ve not seen anybody mention it), and it requires I “upgrade” my iPad to iOS Drawn-by-a-7-year-old.

You guys knock yourselves out, though.  If it works for you, awesome!

I’ll leave some reviews up here from others for you to read.

Make your own decision.