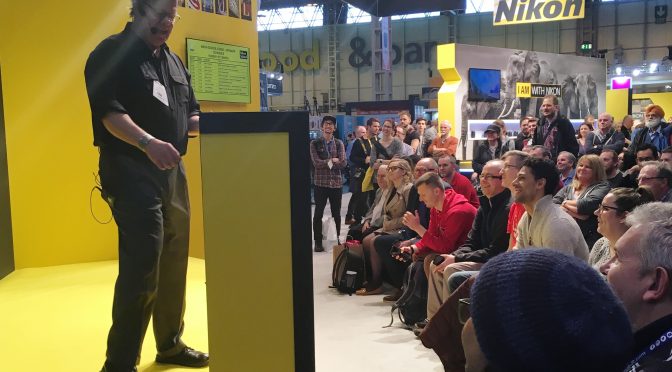 I’ve mentioned it before, but shows for me aren’t about the flashy new toys. It’s not about comparing gear, or even trying out things I’m considering buying.

Sure there were some rather cool toys at this year’s Photography show, such as the Panasonic Lumix GH5, but it’s the social aspects of shows that keeps me in attendance.

Getting together with those I’ve only ever spoken to online, catching up with friends that I don’t get to see often, as well as meeting new people.

And speaking of meeting new people, I finally got to meet one of my heroes. I’ve been following Joe McNally for almost a decade now. I love his work, his whole approach and philosophy on photography and life in general. 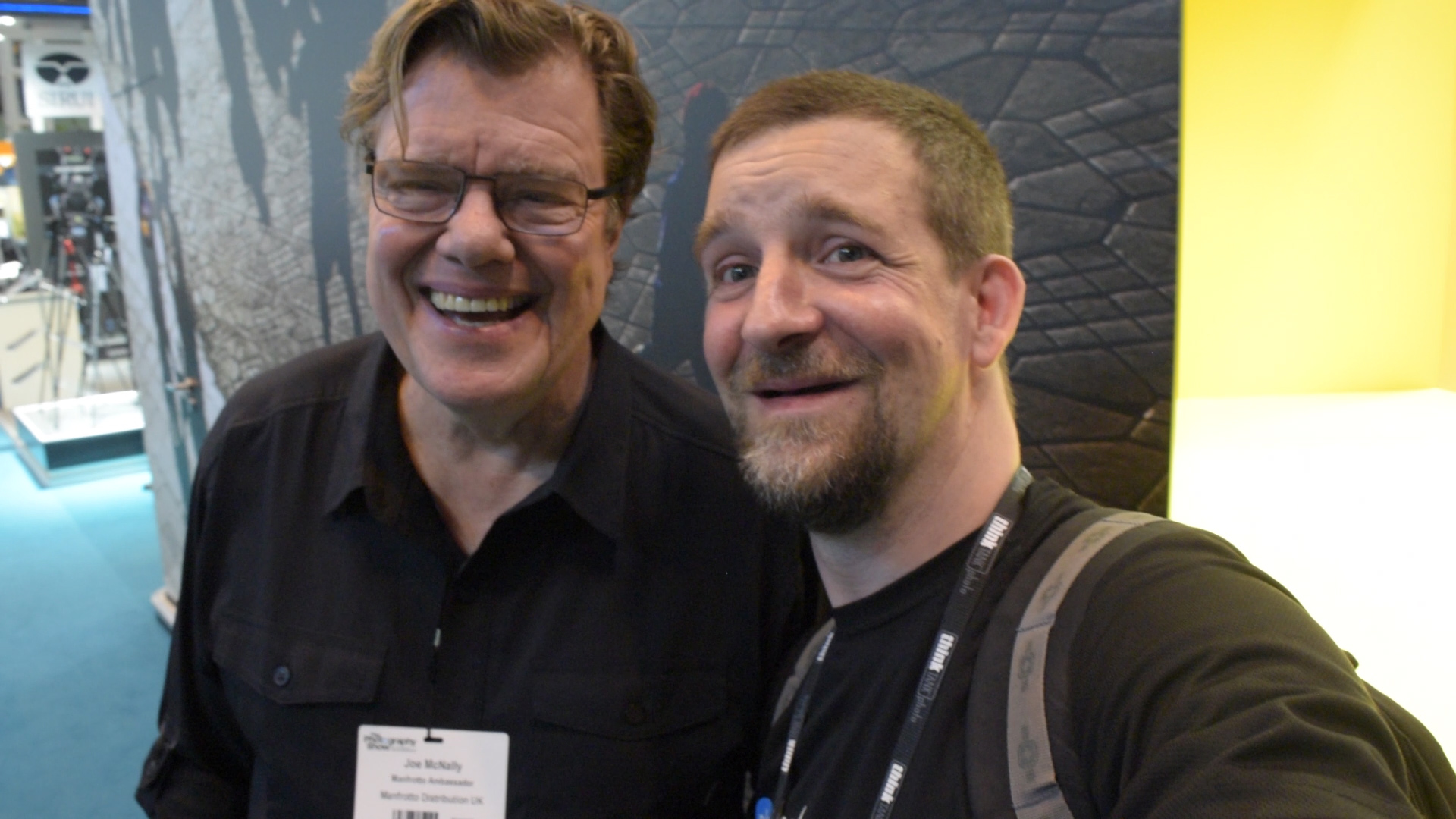 I also got to meet a couple of people I’ve been following on YouTube for a few years. Lok Cheung and Warren Ng, formerly of DRTV.

Look who I bumped into. It's only @lokcheung and @wazpiemuffin Two of the nicest guys ever.

And while meeting each of them was cool, they weren’t the highlights of the show. It was these amazing people. 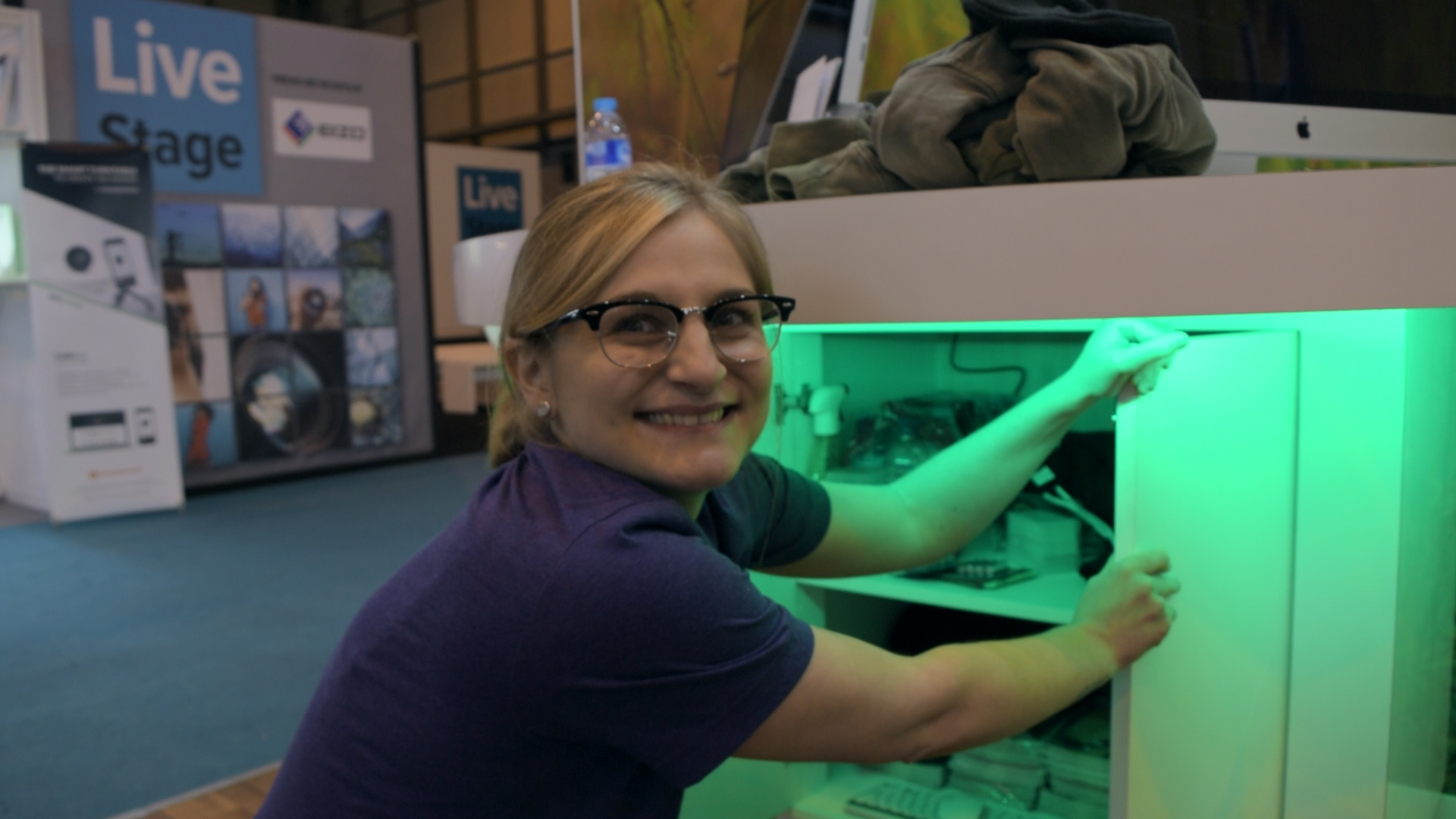 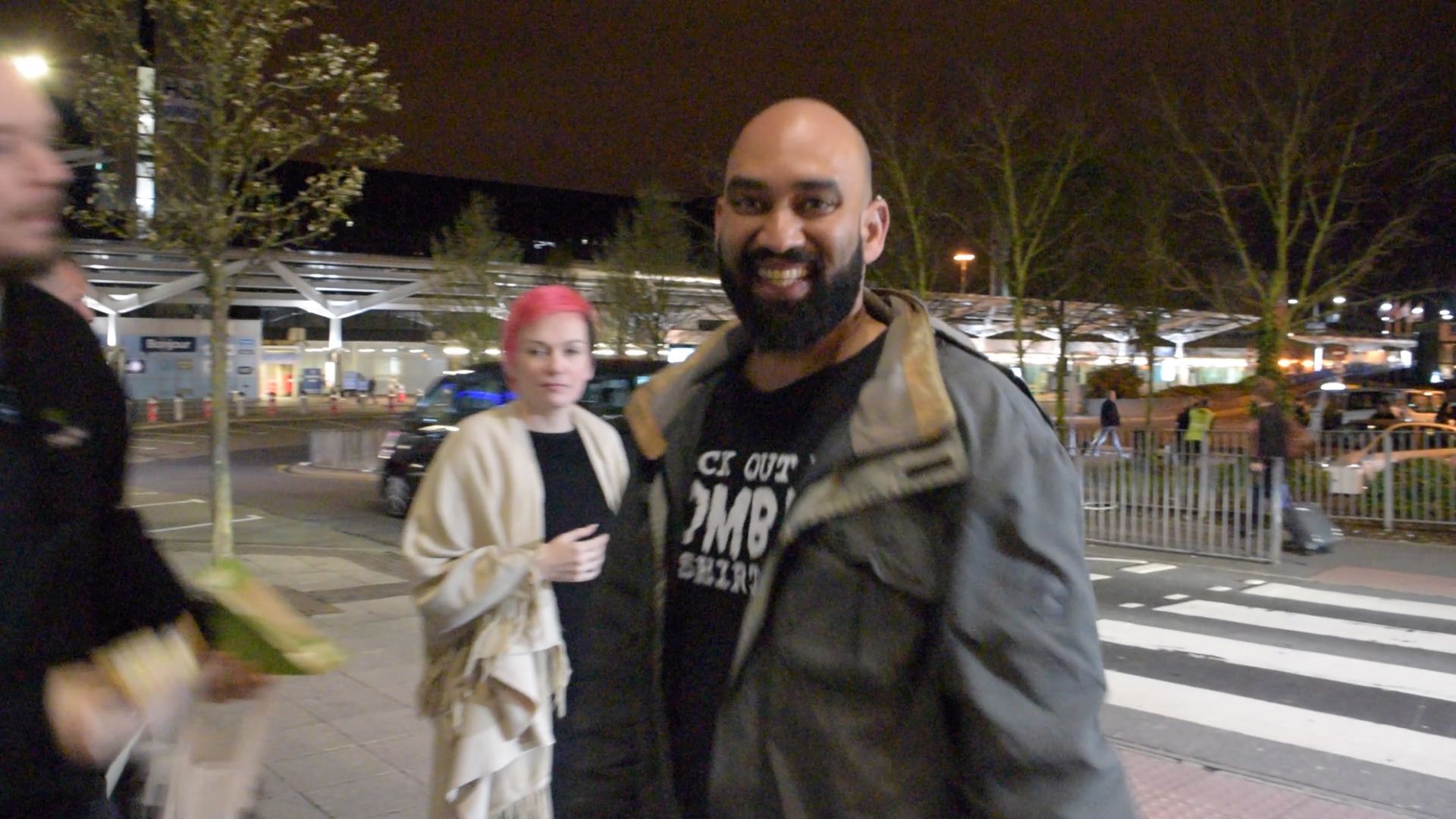 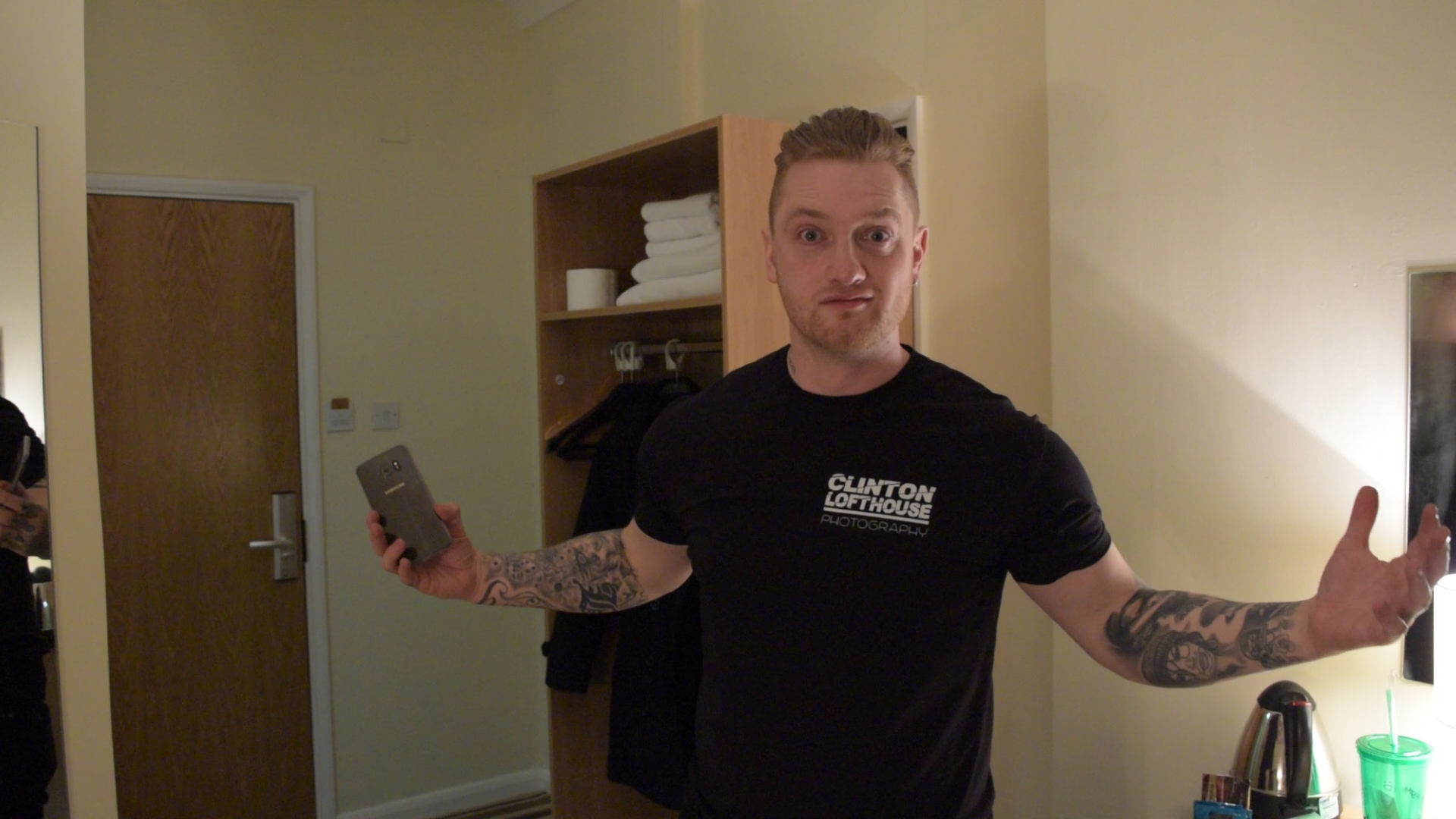 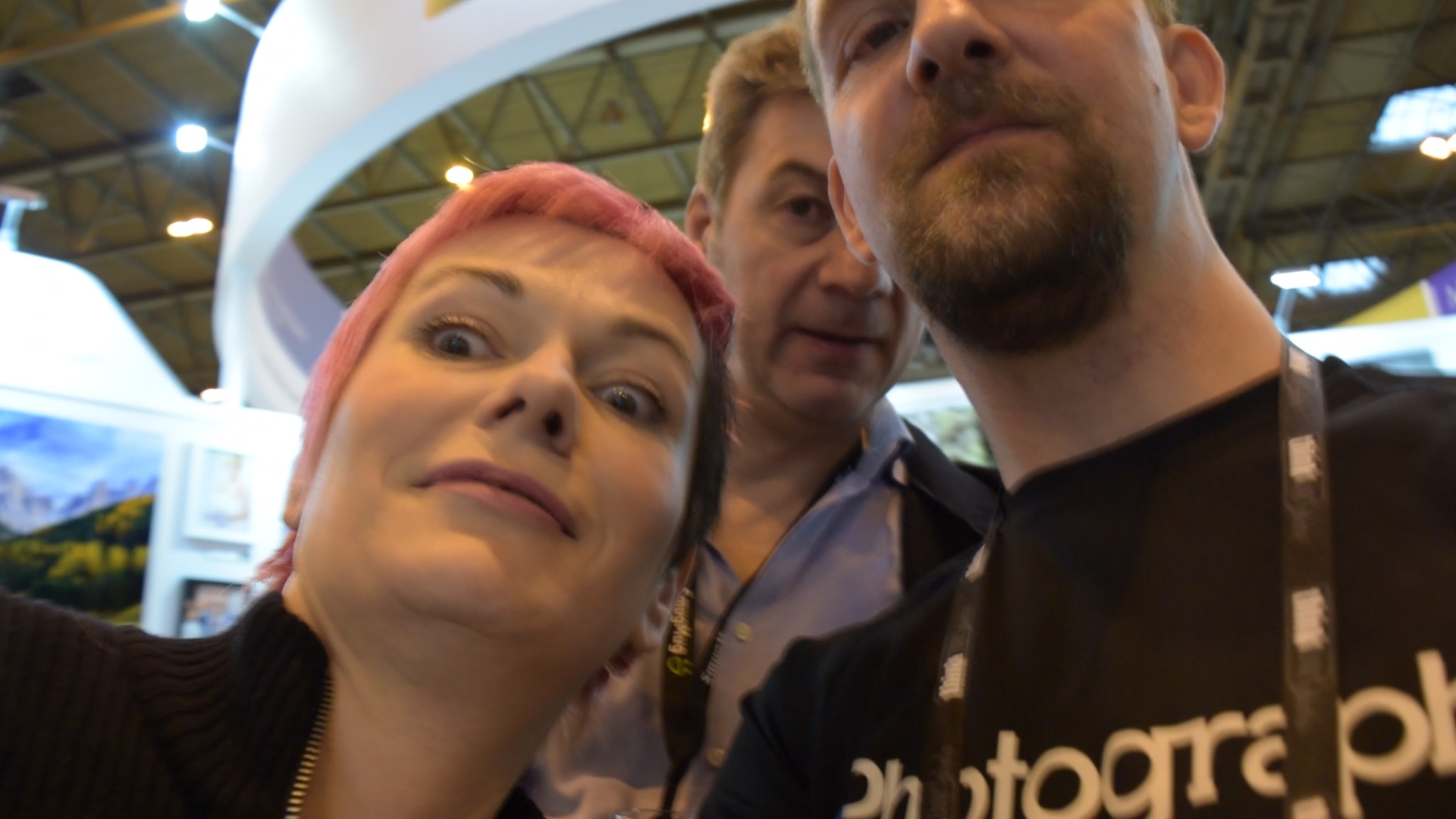 And plenty more besides. The lady with the pink hair and crazy eyes seemed to pop up quite a lot throughout the show. She particularly loved “video bombing” me while I was recording for my vlog.

This lovely lady is Danish photographer Angelina Devine. Angelina and I have known each other for quite a while now. We first met in Person for the first time at Photokina last September.

You know when you’re a kid and you have that friend you get into so much trouble with that you eventually forget which one’s supposed to be the bad influence? Well, that’s me and Angelina.

Her help during this show, though, was invaluable. She let me store my crap in her hotel room so I didn’t have to lug it several miles each day back and forth between the show and my own hotel. She also let me film in her hotel room for a project I’m working on. And was generally a positive force throughout the show.

And while I’m on the subject of our hotel. I got locked out of my room 10 minutes after checking in. They had to let me back into my room and move me to another.

The light in one of the elevators didn’t work, and the other one randomly kept me held on the 1st floor. We also had to get our keys recoded at least twice a day so we could get back into our rooms.

Oh, and then there was that party 3 or 4 rooms down the hall that went on until 3am.

Fortunately, I managed to spend very little time at my hotel except when trying to sleep.

The majority of my time was spent working at the show, and going out to dinner and relaxing with friends.

It was an exhausting five days. I came home in a lot of pain and could barely walk. But I wouldn’t change a moment of it.