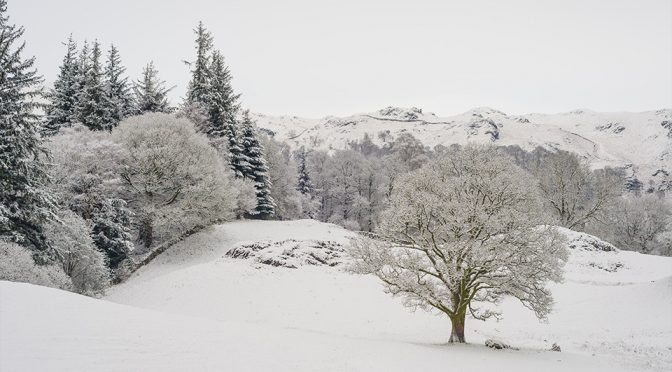 For the third year in a row, various news outlets have reported that we we’re going to be seeing the “Worst Winter in 100 Years”.  This year we finally got to see a little weather action.

I’m not sure the flooding of great chunks of the North West of England is quite what they had in mind, and being one of the 55,000 homes that was without power for several days, I didn’t venture out much while most of the city was underwater, but we did get to see a little snow last weekend. 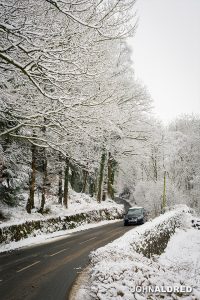 We didn’t get the kind of snow that Eastern USA received a few days ago, but it was certainly enough that it was worth heading out with the camera for a little exploring.

Snow can do strange things to landscapes.

Scenes which typically present beautifully to the camera on a clear snowless day can appear bland and flat when covered in a completely white featureless surface like snow.

On the other hand, scenes which might usually appear dull and boring, especially on a cloudy day, spring to life when you add just a light sprinkling.

Instead of delving deep into the middle of nowhere, as I would typically do when heading to the Lake District, many of the photos were made from the roadside, resting on a stone wall. 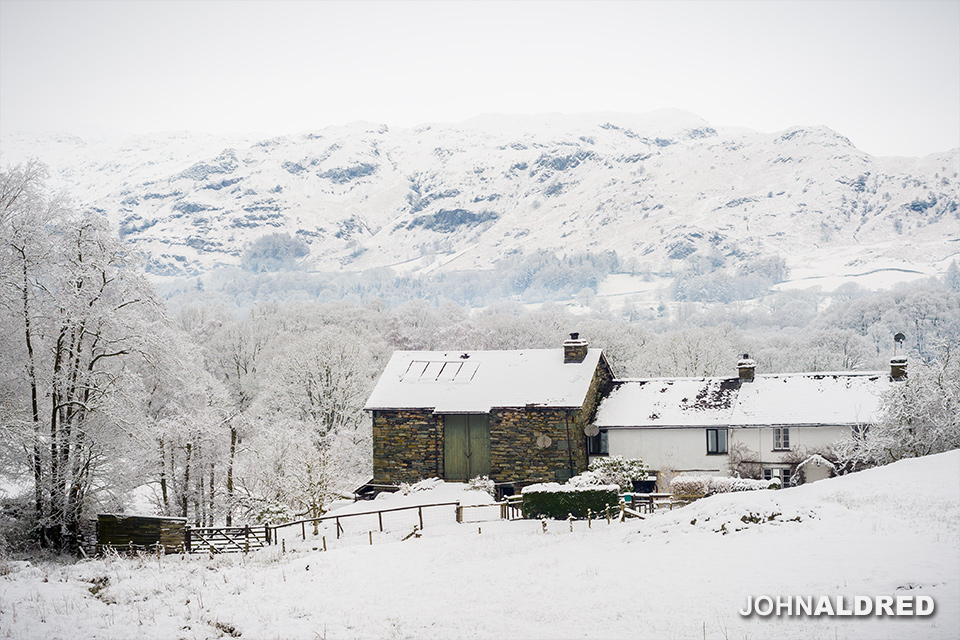 We attempted to make it up to Tilberthwaite and Hodge Close, but the icy hill climbing roads were just too much for our poor little front wheel drive car to manage.  Next time we head back there in the snow, it’ll definitely be in a 4WD.

I was also hoping to get a shot from the banks of Thirlmere Reservoir with a snow covered island in the middle of the water, but with the A591 still closed due to large chunks of it dissolving in the floods, that was never going to happen. 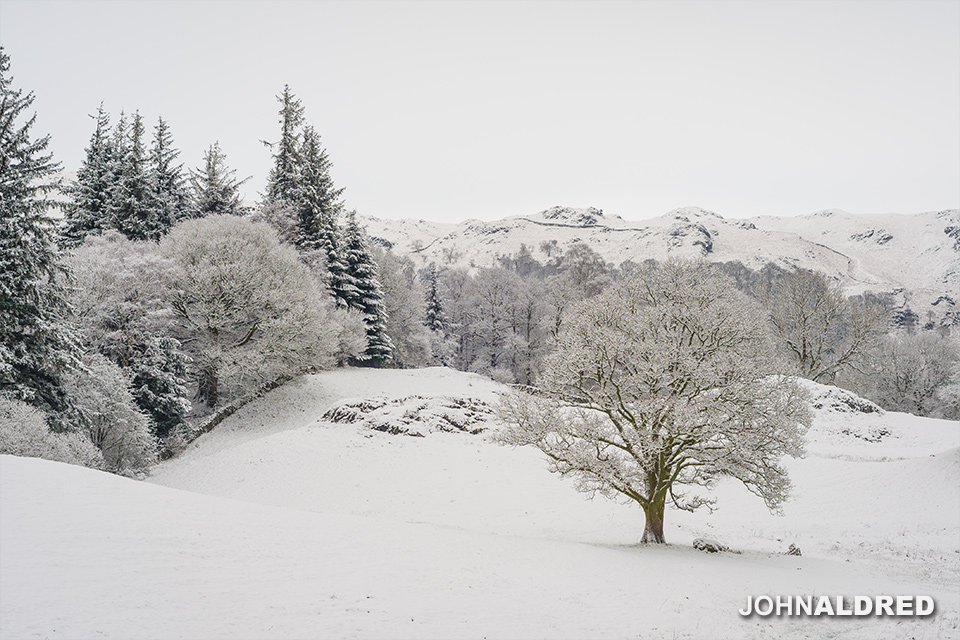 We did stumble across a public footpath leading through some woods that we hadn’t seen before. 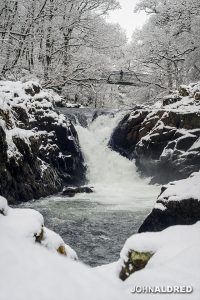 Following the path turned out to be a great idea, despite having to clamber over snow covered rocks and fallen trees to get to where I could get the shot I wanted.

From the top, this little waterfall wasn’t very interesting, visually speaking, but while up there I spotted a little pile of rocks sticking out below the fall.

Getting to that spot was another matter, and I ended up bumping my head on a branch, causing a whole lot of snow to fall straight down the inside of the back of my jacket.  Not a very pleasant experience, but worth it!

I’ve had a number snow portrait shoot ideas planned for several years now, just waiting for us to finally get some decent snow, and despite not being able to get to a couple of the spots we wanted and the snow not sticking around for very long, it was an interesting day out which offered some valuable insights into the problems of shooting in the snow – chief amongst them, how to access those inaccessible locations. 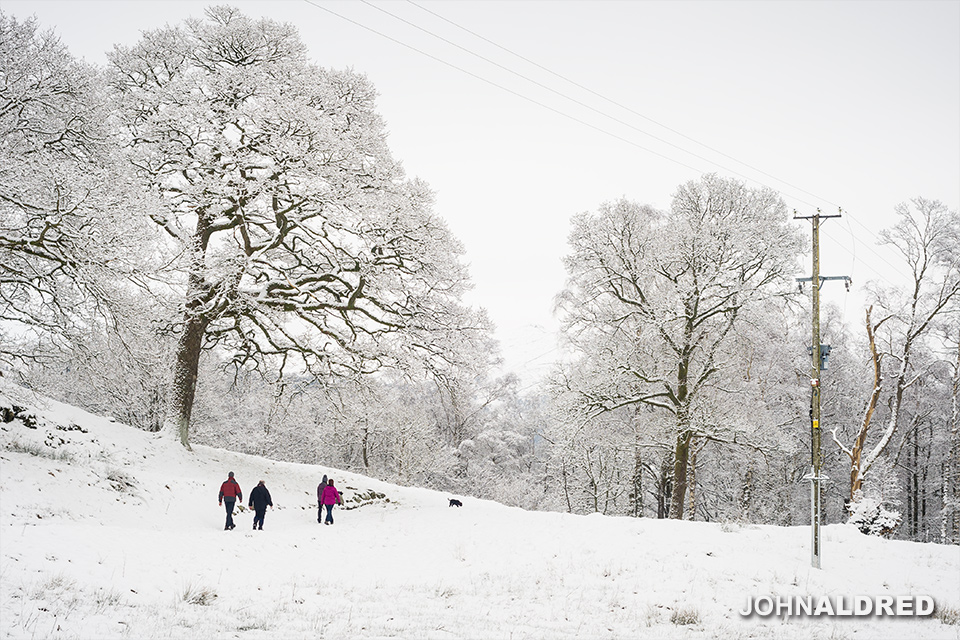 I’ve been half tempted to plan a trip to a country that has more predictable winter weather, and more reliable snowfall in order to shoot my ideas, but that also presents a whole host of other problems to overcome (most of which can only be solved by throwing a whole lot of money at them).

But, then I remember that the longer it takes for it to happen, the more time I will have to plan & prepare for the shoot, and the more successful the results will be, which is the most important thing.  So, I guess I’ll just have to wait until we get some good snowfall here in the UK that’s going to stick around for a while!