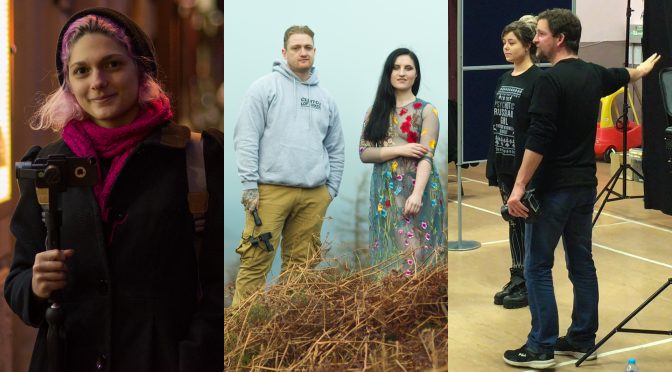 Last weekend was hectic. Super hectic. Most of it was planned at the last minute, too. Saturday was night time street photography in Manchester, Sunday was a trip to the Lake District.

The scheduled part of this was Monday evening. For several months, I’ve known I was to give a practical demonstration on flash portraits to Lancaster Photographic Society. The plan was for two of us to do it. But the other guy stepped out at the last minute, so I had to do the whole thing solo.

Saturday’s trip was going to happen at some point that weekend. Myrto was back in town visiting for her mum’s birthday, so we wanted to hang out while she was here.

We knew we wanted to do something, but we weren’t sure exactly what. After a bit of a chat, we thought about street photography in Manchester. But we decided to make it difficult for ourselves. We wanted to capture the bright lights of Chinatown. This means shooting at night.

While we were still discussing whether or not to actually do it, she already booked her train ticket. So, that was that settled.

Normally, I shoot my street photography on film. Rarely digital, and never at night. But, for night, I need high ISO.

I’d discovered a Kodak TMAX picture style for my Nikons a few weeks ago. I liked the look. So, figured we’d give it a try. Surprisingly, even at ISO6400 on a Nikon D7000, it worked amazingly well.

The reason I use a black & white profile for street photography, and specifically this one, is because I don’t want to deal with post processing. For serious shoots, sure. But for street, I’d rather not. It just adds too much time to the workflow.

But, I shoot raw+jpg. That way, if there is a particular image I think I can get more from, I have that backup.

I stayed shooting raw+jpg with the same TMAX black and white profile the following day during a trip to the Lake District with Clinton Lofthouse, and Ellie.

The weather on Sunday wasn’t quite as good as it was the day before, but that wasn’t going to stop us. We soldiered on.

The morning started off with us heading to Coniston Water. Clinton was took the lead, shooting first. I hadn’t actually planned to shoot anything all day, preferring to just assist.

When the rain kicked in properly, though, we had to seek cover. So, we headed up to Hodge Close to seek refuge in an abandoned quarry foreman’s hut.

We made coffee, cooked bacon, and it was good. Then, we went off to check out a small cave.

The last location ended up being a surprise shoot. We went for reconnaissance. I wanted to see how it was growing up, and I wanted them to see it, too for a future shoot. I didn’t expect the sky to start clearing as we arrived. But it did.

It was exhausting, though. At the end of the day, all three of us were practically falling asleep in the car. So, we stopped for Clinton to get food. At least that way the driver would stay awake.

The next morning was back to work. The evening, though, had been organised several months in advance.

Two of us were to give a talk and practical demonstration on how to shoot portraits with flash for Lancaster Photographic Society. A club I’ve presented to several times in the past.

Each of us was to have our own set, mine powered by speedlights, and the other by studio strobes and we would find our own models. This way, we’d both be working with somebody we know, and are familiar with shooting.

It’s a lot easier to teach with a model you already know. That way you’re not going through that whole awkward “getting to know your subject” phase in front of an audience of 50 or more people.

Half an hour before we were due to start, I was informed that the other person had pulled out. This meant I would have to talk to the group solo, and provide practical demonstration for everybody by myself.

We’d agreed beforehand that the other person (who wasn’t coming) was going to be doing most of the speaking. As such, I hadn’t prepared anything to say to the group as a whole. Winging it became the order of the day.

It’s always fun, and always scary, talking to a room full of people. I’d never spoken to this many people at once before, either. Ultimately, I was too exhausted to really realise just how many people were there.

I don’t think it went too badly, though, and as is usual with Lancaster Photographic Society, it ended up in the pub. So, all in all it was a good night.

This weekend’s been rather dull by comparison. I did nip out to buy a new hard drive, yesterday. So, that’s something.

Massive thanks to Myrto, Clinton, Ellie and Tasha! 🙂