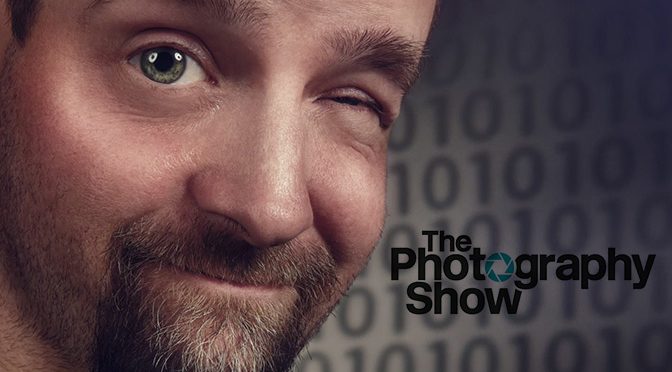 I spent most of my time interviewing people for DIYPhotography, helping out the good folks at Inspired Photo Gear/Amersham Studios, and drooling over the D500 at the Nikon stand.

Setting up the IPG stand was hard work!

During the show, we interviewed a number of companies including Elinchrom, 3LT, Irix, Benro and Affinity to talk a little about some of their latest releases, and upcoming products.

I saw a sneak preview of an early Windows Beta of Affinity Photo, and I have to say, it looks rather awesome!

One interview sticks out for me particularly.  Created with the very generous help of Pratik Naik (Solstice Retouch), Bella Kotak, Roderique Arisiaman (Dracorubio) and Richard Terborg, this was the highlight of the event.

I’d never edited this style of cut before, so back on the computer, it was an interesting exercise in figuring out and optimising a new workflow, but everything from recording the footage to rendering the final video was an absolute blast.

I was also finally introduced to the world of 360 degree cameras at the show, thanks to Roderique and his little Ricoh Theta360.

There was also time for a little relaxation in the evening, and boy did we need it.

I picked up a cool new toy while I was at the show, the RoundFlash Ring, which I’m very much looking forward to trying out on location once the weather warms up a little bit.

I love the look a ringflash provides, but I can’t get my Bowens ringflash away from plug sockets, so this gives me an easy portable solution I can use anywhere.

Oh, and as for me being a “model”?  Well, that’s all Roderique’s fault, although it did result in a very cool shiny new Facebook profile photo.

You can read the full post that accompanies the tutorial with handy links to the tools and features Roderique uses over on DIYPhotography.

It was such a pleasure getting to meet some new amazing people, as well as catch up with old friends, so here’s a few photos of them that we shot on the IPG stand during the show.

And finally, those I didn’t manage to get any photos of; Jodi, Linville, Joseph, Pratik, Bella, Stephanie, and Dave.

I can’t wait to do it all again.  Bring on Photokina!