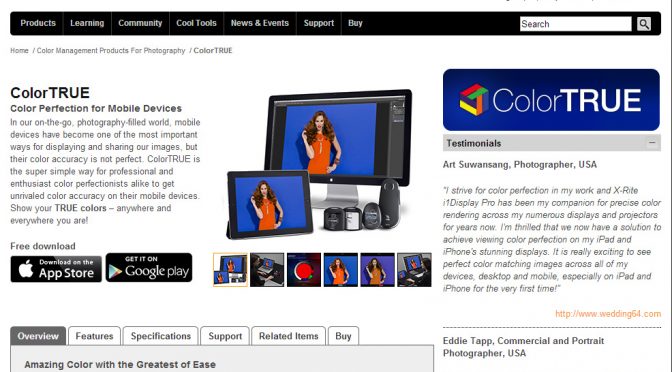 So, this is interesting, and while datacolor have had a Spyder option for a while, its calibration is limited to its own software (unless it’s changed since I last took a proper look at it).

This new offering from X-Rite, released in March, looks rather good, though, and it seems it has an API that allows other app developers to add support for the profiles it creates (meaning other software can show your images correctly, too – Hello? Lightroom Mobile? You listening, Adobe?).

There are, however, a couple of things that annoy me slightly about it, although one kind of negates the other (for me anyway).

Firstly, this is yet another app which forces an upgrade to iOS7 in order for it to be installed.  When iOS gets some kind of theme support and I can make it not look like it was drawn by a 7 year old, or Apple realise that not everybody wants their iPad or iPhone to look like a toy, I’ll upgrade iOS.

The second one was mentioned in one of the reviews of the application (and this is the reason why this app isn’t enough to justify my switching to iOS7).

The issue is that it only works with a limited set of products from the range of X-Rite devices, in an attempt to force you to buy new hardware (that isn’t necessarily any “better” than the old hardware).

For my desktop monitors I use an i1 Display 2.  It’s been absolutely fantastic and unless it dies I see absolutely no reason to switch to a different device.

I moved from the Spyder 3 Pro to the i1 Display 2 and the minute I did, I was finally starting to see the same sort of colours, contrast, and shadow & highlight detail that I was seeing in my big prints.  The Spyder was pretty close, but not quite as close as the i1.

“Crippled by lack of devices support

This App has potential, but X-Rite using it as a mean to force customer to upgrade devices makes it pathetic.

Being incapable of using the i1 Pro spectrophotometer while you can use less accurate devices is a petty way to force customers to upgrade to i1 Pro 2.”

I really have to agree with this.  I have no need nor desire at all to switch to one of their current i1 Pro models when the i1 Display 2 is serving me so well, and I’m not about to spend a bunch of money on hardware I don’t really need just to be able to calibrate an iPad display.

If you do own an iPad running iOS7 and you’re still thinking about what calibration device to get for your desktop, then this could be a perfect solution for you.

If X-Rite expand the range of their own hardware that it will support, or my Display 2 happens to die and needs replacing, then I may start using this.  I might even be able to get over having to upgrade to iOS7.