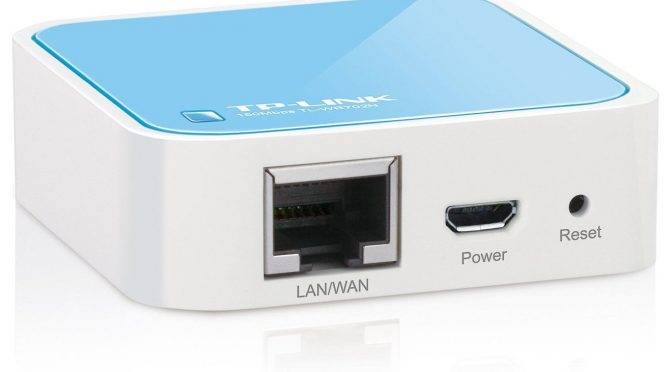 During any given photo shoot, I usually have a few pieces of equipment with me that have WiFi capabilities, and it’s nice when I can get them all talking to each other and serving a useful purpose.

There’s the Nikon WT-3 grip for the D200 (which is a fantastic setup for shooting events where on-site printing is required, although on location shoots I generally just use it for behind-the-scenes shots), the Eye-Fi cards (mostly I shoot D300s bodies, which have dual card slots, one CF and one SD), the iPhones, the iPad, occasionally (but not often), a laptop (which will soon be replaced by a CubieTruck).

In a studio this isn’t an issue, but random locations out in the middle of the Lake District generally don’t offer WiFi facilities, so we have to create our own.

When I’m out shooting on location, I typically shoot RAW+JPG on the D300s.  The RAW files go to Sandisk Extreme CompactFlash cards, and the JPG files go to an Eye-Fi card in the SD slot, which then get beamed over to the iPad.

It’s handy for checking focus and composition while I’m shooting, as well as browsing the images with the subject after the shoot to sift through to find the keepers.

But, as with most other pro DSLR bodies, it’s prone to the Faraday cage effect when it comes to the Eye-Fi card, so range is limited.  On any given day, it varies between about 3-6ft when operating in direct mode (the iPad connects directly to the Eye-Fi card).

To get a bit more range, I looked into adding a WiFi router, but finding one that doesn’t require a 240v power adapter, or some DIY circuit board with a weird battery.

Eventually, I came across the TP-Link TL-WR702N, which takes its power from a regular USB charger (which is included in the box) using a Micro-USB cable (also included).

After having a quick browse on eBay, I managed to find one for £13 (a couple of quid under their regular retail price), and figured it was worth a punt and ordered one.

This then got me thinking.  If I can power this from a standard USB wall charger, I should also be able to charge it from a 5v USB battery, the type normally used for charging up your mobile phone when you’re away from plug sockets.

Another quick browse around eBay led me to a 12000mAh USB battery for £11.98 that offers a pair of USB sockets.  One of these is capable of delivering 1A of current, the other 2A (and in my initial tests, it powered the TL-WR207N running 24 hours a day for about 3 days). 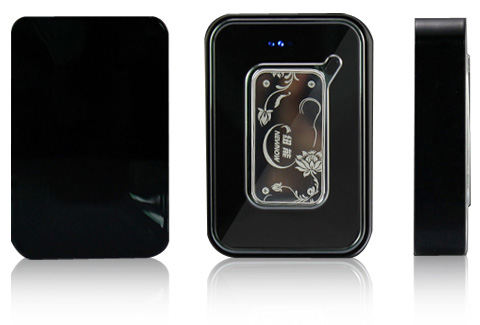 With those ordered, I sat eagerly anticipating the mail guy for the next few days.

You might’ve noticed that the TL-WR702N possesses a single RJ45 socket.  This can be configured as either a LAN or WAN port, and the device itself can be operates in either access point, router, bridge, wireless repeater, or client mode.

By default, it comes in preconfigured in Access Point mode.  This mode allows you to hook it up to one of the regular network sockets in an existing router connected to the Internet (in theory) to either add wireless capability to a pre-existing wired network, or to add a second WiFi login to an existing network that already has WiFi capability. 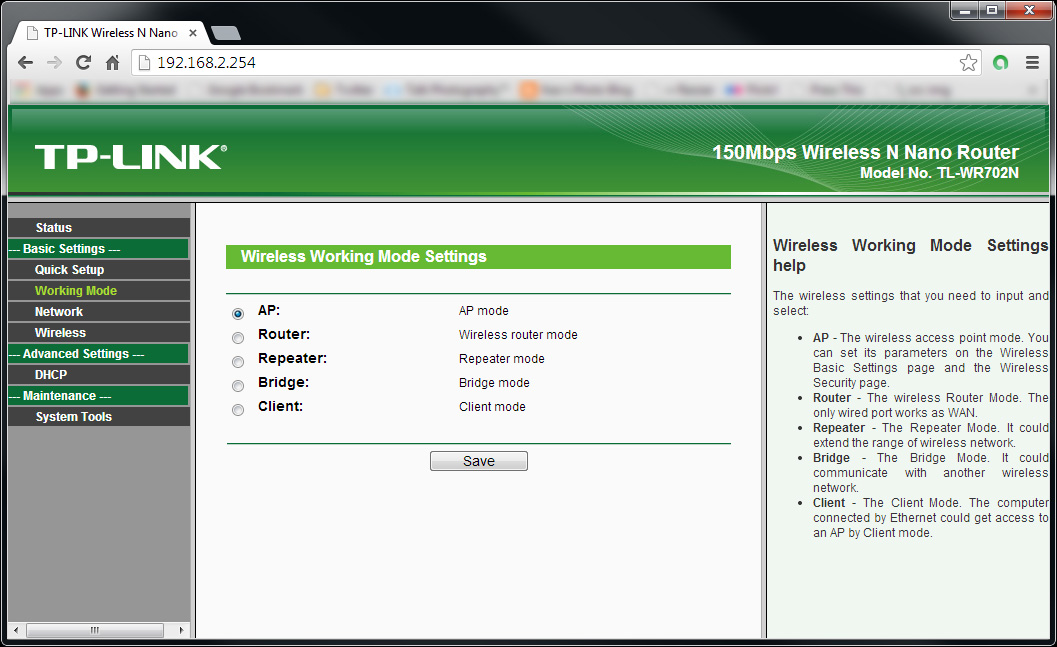 Why might you want to add another WiFi login to an existing WiFi network?  Well, if you don’t own a router capable of offering multiple WiFi logins with different levels of access & security, this allows you to do so.

Anyway, If you don’t use an Eye-Fi card, the process for you now is simple.

Just setup your hardware with IP addresses in the 192.168.0.* range, connect over WiFi using the default password (the last 8 digits of the unit’s MAC address).

Then just configure as you need it through the web interface on http://192.168.0.254 (obviously change the WiFi password, and the default admin/admin web interface password at the very least).

If you want to go with DHCP IP to dynamically allocate addresses (which I personally don’t think is a great idea for something like this), then you’ll need to switch it on through the web admin interface. 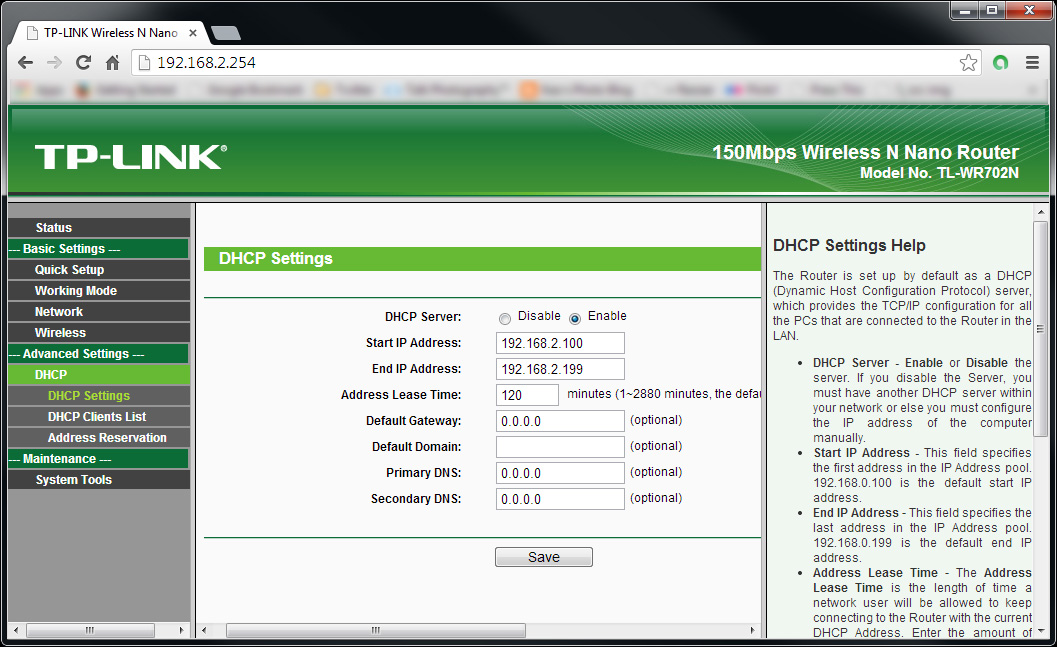 If you do have an Eye-Fi card that you want to log onto this device, this bit below is for you.

The Eye-Fi card software requires that you be connected to the Internet while it’s being configured.

If your regular Internet-connected network is on a 192.168.0.* address space, then it’s simply a case of wiring the ethernet socket on the TL-WR702N into one of the LAN sockets on your router.

You just need to make sure you don’t already have a device on your network with the IP address 192.168.0.254 (if you do, change it – or adjust the information below to suit your requirements). 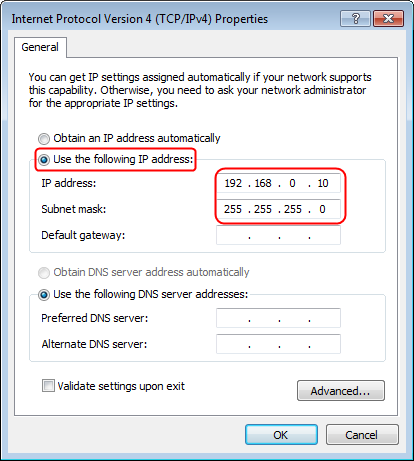 Once the IP address had been configured as static, I browsed for WiFi connections, and logged connected to the TL-WR702N using the last 8 digits of the TL-WR702N’s MAC address as the password (which is the default).

After logging in, I could now load up 192.168.0.254 in a browser, and login to the web interface using the default username & password.

This is where changed its IP address from the automatic default to 192.168.2.254.  Save, reboot, plug cable from my Belkin router into the TL-WR702N and set my laptop back to grabbing an IP address via DHCP. 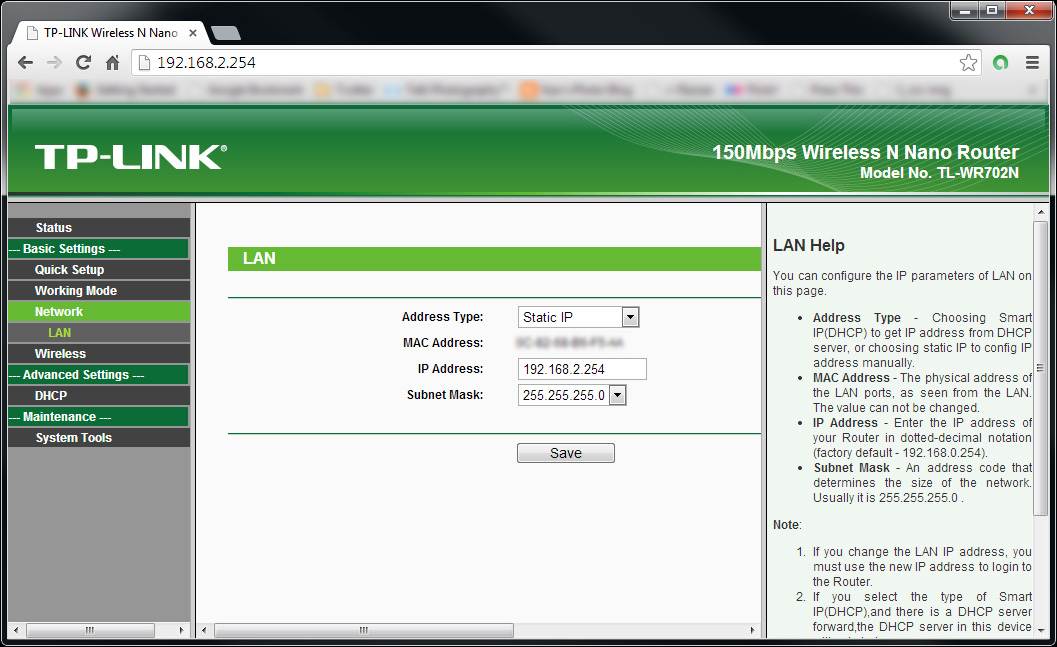 With the TL-WR702N plugged into the Belkin, it is now in my regular subnet mask, and loading 192.168.2.254 from any machine on my network brings up the expected interface (and anything logging onto the TL-WR702N gets an IP as expected as the Belkin is dishing them out via its DHCP server).

With it now connected to the Internet, you just setup your WiFi on the Eye-Fi card through the Eye-Fi Center as you would with any other network.

But that is for another article.