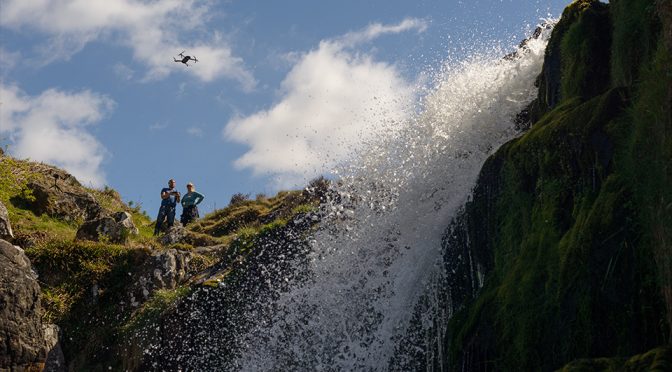 A few weeks ago I had the opportunity to spend ten glorious days exploring various parts of Scotland. The trip had been planned a couple of months in advance. But not everything worked out quite to plan, but what an amazing time it was.

The whole trip was primarily a holiday. It was my first real break since I started writing for DIYPhotography. I chose Glasgow as several of my friends relatively local to the area had been pestering me to come up and visit for months. So, I figured, why not?

And boy, what a time it was!

Home base, as it were, was the home of my friends Michele and Marc in Glasgow. Michele is also a photographer, and we both enjoyed the chance to geek out over gear and technique. But Michele wasn’t the only photographer on my journey.

I arrived fairly late on Friday, so, I didn’t have much time to socialise. Paul came over to Michele’s to hang out, though, along with his lovely wife, Catherine.

A great evening with good conversation. But, once the three of them started getting full on with the accent, I had a hard time keeping up.

Saturday was my first full day in Scotland, and I wanted to take it easy. I needed a rest and just wanted to explore Glasgow itself a little first.

So, Michele and I headed into the city. We met up with Myrto, who’d moved to Glasgow near the end of last year, and Paul. I didn’t record much that day, but we went for a nice walk through the Botanical Gardens (Sorry, Paul. Myrto was right).

Sunday was also a fairly relaxed day. I had planned to do a shoot, but my subject had to pull out at the last minute. We were at a bit of a loose end. Michele and I had also planned to go camping on Sunday evening. But we had to reschedule those plans, too (more on that in a future post).

So, Michele and I decided we’d just load the gear in the car, and see where we ended up. And where we ended up was Pollok Country Park. While I was in Scotland, I was fortunate enough to have the new Sigma 135mm f/1.8 (Nikon mount) with me.

We didn’t shoot much that day, but as Michele had agreed to step on the other side of the camera, I had to have a little play. 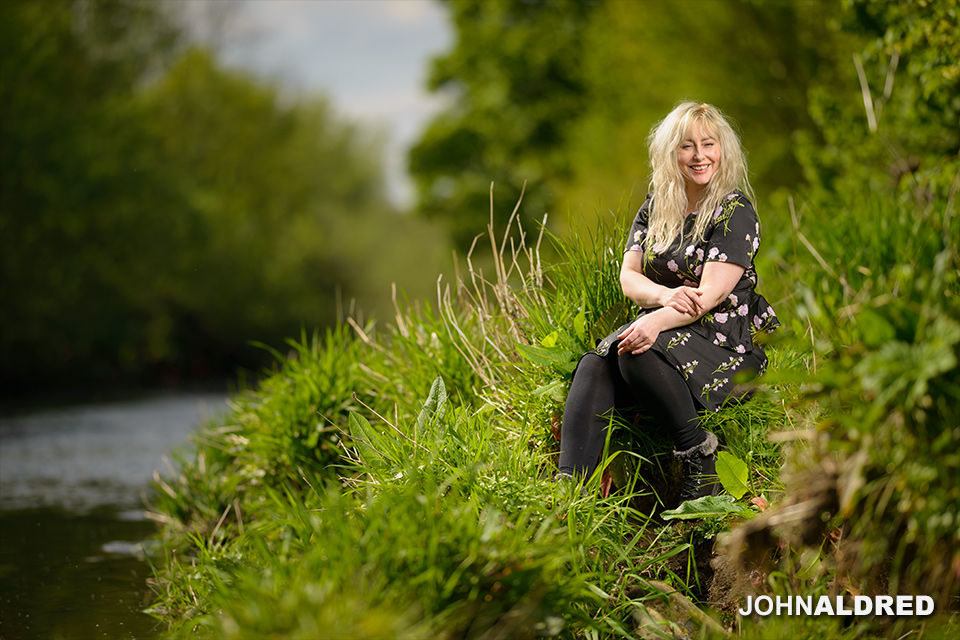 The light was annoying, as the sun was constantly going in and out behind clouds. You can see this in the vlog as I switched camera angles between myself and Michele.

The sun was up quite high, behind Michele, but acted well with the background and as a rim light. The key light from the front was my Pixapro Hybrid360 iTTL (Godox AD360II-N) inside a Godox 120cm Umbrealla Octabox. 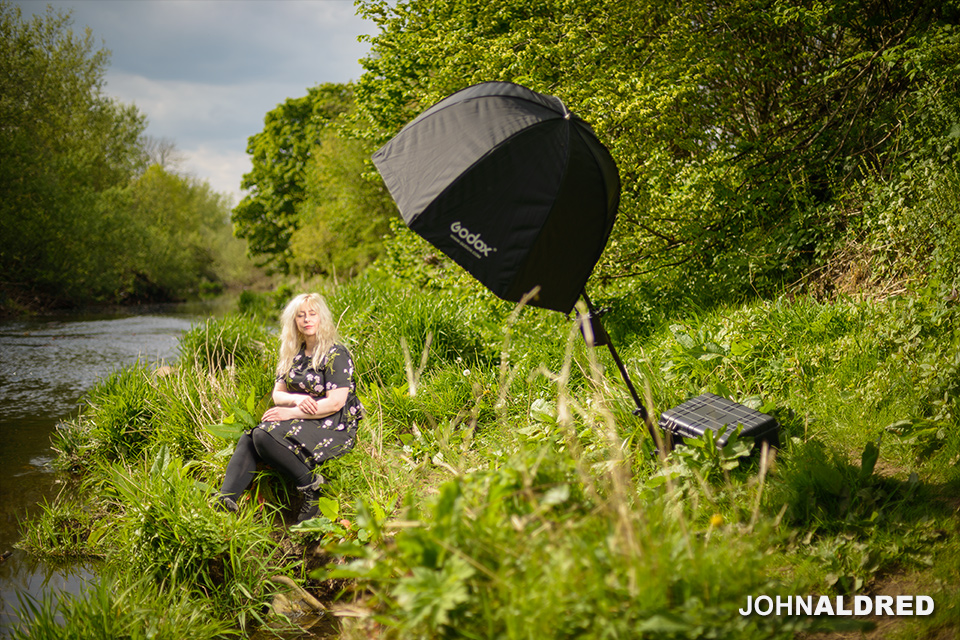 It was quite frustrating shooting there, because it proved to be a far more popular location than either of us had expected.

Scotland’s first day of sun in months seemed to bring everybody out, including screaming kids and disobedient dogs. So, we packed up and moved on to explore a little more before eventually heading back home.

This was the first real adventure of the trip. Michele and I headed over to Paul’s house early in the morning where we met up with his friend Barry.

We had no idea where they’d planned to take us. Just that they were going to show us some cool rural environments. But I really was not ready for what we were about to see. 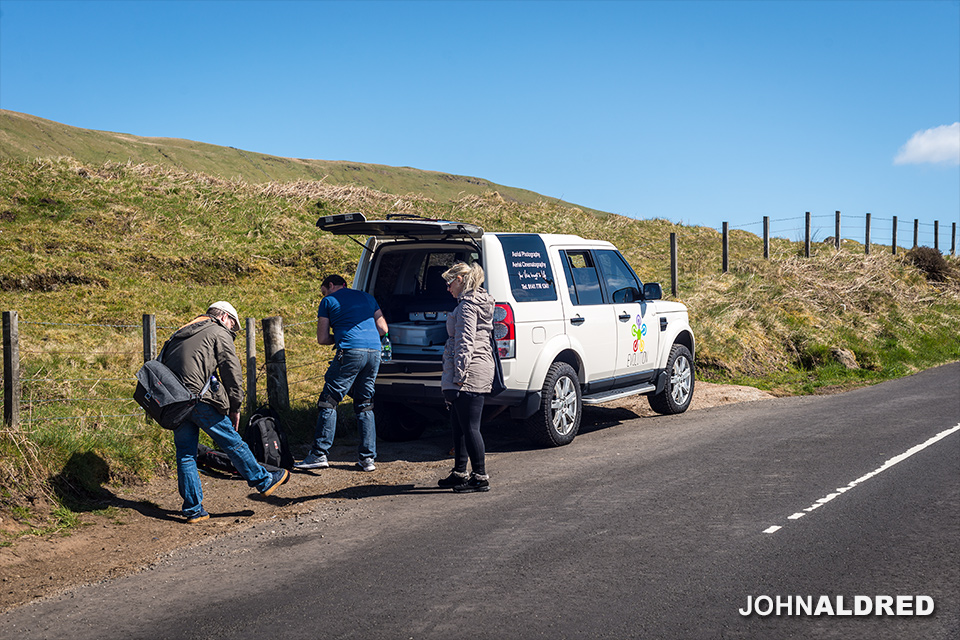 The Loup of Fintry is a waterfall that descends around 100ft over several tiers. Seeing it from a distance got me excited immediately. Getting up close and personal to it was just another thing entirely.

Normally I don’t use drones in my videos. I think they’ve just become a bit too cliché. But Barry brought his Mavic along with him. I do have a couple of drones of my own. But they don’t really have the capabilities of the latest models from DJI.

Barry let me grab a copy of his footage so I could use some of it in the vlog. And now, well, let’s just say a Mavic is definitely on my list.

We spent a few hours there, checking around, and figuring out what areas were safe to climb up and down to. Locations like these are what I live for, especially when I get to explore them with friends. 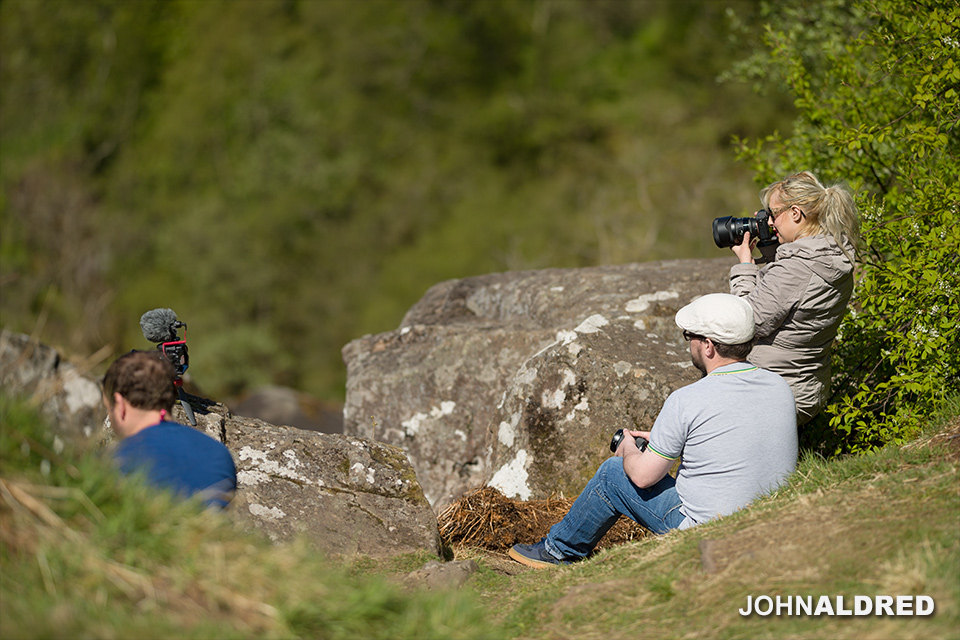 This is a location I’ll definitely revisit next time I head back up to Scotland. I’ve already chatted to a couple of models about prancing around in front of my camera there, too. This one definitely begs for that early sunrise backlighting.

This post has already ended up far longer than I’d anticipated. So, you’ll just have to wait to see the next leg of this adventure.

But it only gets better from here.